The Iran Nuclear Deal And The Killing Of Soleimani 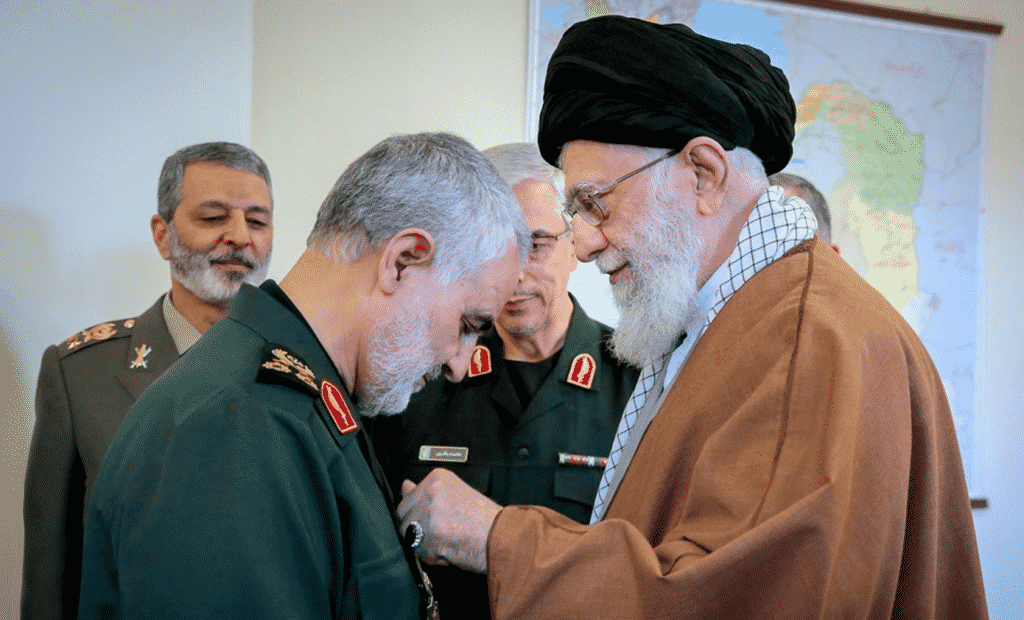 The assassination of General Qasem Soleimani is just the latest escalation in hostilities between Iran and the United States since President Trump scuttled the Iran Nuclear Deal.

When America pulled out of the Deal, which was hammered out in Switzerland four years ago by the United States-led P5+1 Group, Iran’s President Hassan Rouhani announced that Iran would stick with the Deal for now, if most of the rest of Europe, China, Russia and the world supports it.

Trump’s decision to assassinate Soleimani, the commander of Iran’s Qods Brigade and the second most powerful man in the entire region, destroyed any diplomatic solution to conflicts in that region.

Soleimani’s assassination also serves to tighten Iran’s relationship with Russia and China. In recent weeks, Iran conducted joint naval operations with the Russian and Chinese navies in the Persian Gulf. The implications and dangers for oil shipping through the Strait of Hormuz, and the potential effects on the global economy, are dire.

The last time I checked, two-thirds of Americans feel that Trump will get us into another major war, and half of Americans think he will use nukes when he gets the chance.

Neither of these is good for America. Most people forget that the Iraq war that toppled Hussein’s Baathist government took out Iran’s natural enemy and caused the defeated Baathists to morph into ISIS. That’s when Iran started to really flex its muscles in the region.

The Iran Nuclear Deal was one of the most effective, scientifically-complicated (and correct) foreign-policy initiatives in history. When the Deal was scuttled, President Rouhani warned that Iran would restart its nuclear program if America’s actions really hurt the country or if the rest of the world did not support the Deal.

So, on January 5, Iran announced that it would no longer abide by limits on its nuclear program stipulated in the Nuclear Deal, putting the final nail in that coffin. All this over a Trump campaign promise.

The sad thing is that Iran was actually meeting the terms of the Nuclear Deal, formally known as the Joint Comprehensive Plan of Action (JCPOA). According to the United Nations’ nuclear watch dog, the International Atomic Energy Agency, Iran shipped nearly its entire fissionable stockpile to Russia last year, over 12 tons of enriched uranium, that could have been used to make uranium atomic bombs.

Iran then mothballed thousands of centrifuges necessary to enrich uranium for this type of atomic weapon, reducing the number of centrifuges from 19,000 to 6,104 and those 6,104 were the old ones, the IR1s, not their new ones, the IR2s.

Iran also removed the core of its heavy water reactor at Arak, and filled it with concrete. That reactor could have produced plutonium for the other type of atomic bomb, one that is more easily mounted on missiles, like North Korea has done.

Iran allowed a dramatic increase in transparency and inspections that are necessary to demonstrate they were not making, or preparing to make, atomic weapons. IAEA inspectors had access to all of Iran’s nuclear sites, the uranium mines and mills, the centrifuge plants, and all supply chains – with no warning. IAEA monitored dual-use technologies, and were able to access what they considered suspicious sites.

This Deal was mainly about nukes, not anything else. Not terrorism, not religion, not Israel, not ISIS, not Syria, not Yemen, although it helped Israel by removing what might be the most serious threat to Israel’s survival – a single nuke dropped on a very small country.

As important as all this was, the Deal was seen by the West as an important step in the democratization of Iran.

America violating this Deal made the Iranian hardliners quite happy. It’s just what they warned their people that America would do. The Nuclear Deal was a major factor in the last two Iranian elections giving the Iranian moderates real power and standing against the Theocrats. The Deal illustrated how an Iran that was engaged with the world could help the country’s global economic and political standing.

It could have led to a peaceful regime change over years.

But not now. The moderates have no choice but to chant “Death to America” along with everyone else. There is now no semblance of a reform party or a democratic movement in Iran. Certainly no protests.

Since Trump pulled out of the Deal, Iran has been slowly ramping up its nuclear program. They launched a new generation of advanced centrifuges to enrich uranium, their new IR6s. They are enriching U-235 beyond the 3.67% limit, and they are stockpiling enriched uranium above the limits set in the Deal.

One reason that we got the Iran Nuclear Deal in the first place, is that sanctions were working. Iran’s economy was hurting and protests were rising. Sanctions got Iran to the negotiating table. But when we signed the Deal, we didn’t take all the sanctions off. And when Trump pulled us out of the Deal, we put more on.

We also bullied the rest of the world into going along with us. When we broke the Deal, Trump Administration officials said the Iran sanctions suspended under the Deal would immediately snap back on, and any new contracts and financial deals with the country were banned. The United States would also punish companies and banks that continued to do other business with any country that continued working with Iran, even American companies.

Because of this, the Iranian economy was being strangled even as we broke the Deal and they kept to it. It’s no wonder that Iran became more belligerent.

Thus, the several skirmishes that have led to the present escalation.  If Iran can’t sell their oil, then they decided no one else should either. So mining oil tankers and bombing oil facilities around the Gulf made sense to Iran. And now, missiles are raining down on our troops at the Al-Asad Airbase near Baghdad.

The most important author of the Iran Nuclear Deal, former Energy Secretary Ernest J. Moniz, now CEO of the Nuclear Threat Initiative, summed up Trump’s decision to violate the Deal this way:

“President Trump’s decision to withdraw from the Iranian nuclear deal is a major strategic mistake that not only damages the United States’ ability to prevent Iran from acquiring the material for a nuclear weapon, but also impairs our ability to prevent the spread and use of nuclear weapons, to work with allies and partners on issues of global concern and to protect our interests in the Middle East for years, if not decades, to come.”

“The Iran nuclear deal rolled back Iran’s nuclear program and imposed uniquely stringent monitoring and verification measures—the most important elements of which were permanent—to prevent the country from ever developing a bomb. The United States is now in violation of the terms of the deal without offering a credible alternative.”

NATO is not brain dead yet